By the end of spring 2015, the 100,000 square metres (10 hectareas ) of land were prepared for the sowing of olive trees within an adequate plantation frame of 8 x 6 metres. This is a wide area for trees as the recommendation – although initially a drip irrigation system was installed – is that the trees should not be watered except in the case of extreme drought.

We had to insert in the ground 2000 wooden stakes in order to support the tiny shoots of olive trees ( they were no longer than a few centimeters ) which were sown once the land had been subsoiled. Hares were detected in the area which made us install two thousand protectors to avoid damage to the developing trees. The project was directed by Bernat Pizà Trias.

To ensure that the olive oil has the taste and properties we desire and are looking for and after more than 25 years experience of cultivating olive trees in the Sierra de Tramuntana in Andratx, we decided to sow in these one hundred thousand metres , only those varieties allowed and that qualify for the denomination of origin “Oli de Mallorca” and in the following proportions; one thousand four hundred Arbequines, three hundred Piqual, and three hundred Empeltre and we left 14,000 metres located in Binifarda, adjacent to Gossalba, available in the near future for the plantation of the varieties Frantoio and Koroneiki.

The first olive harvest is scheduled for autumn 2018. 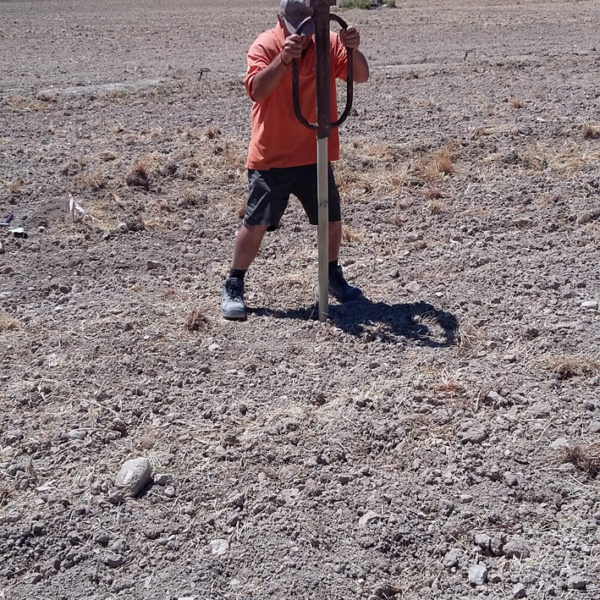 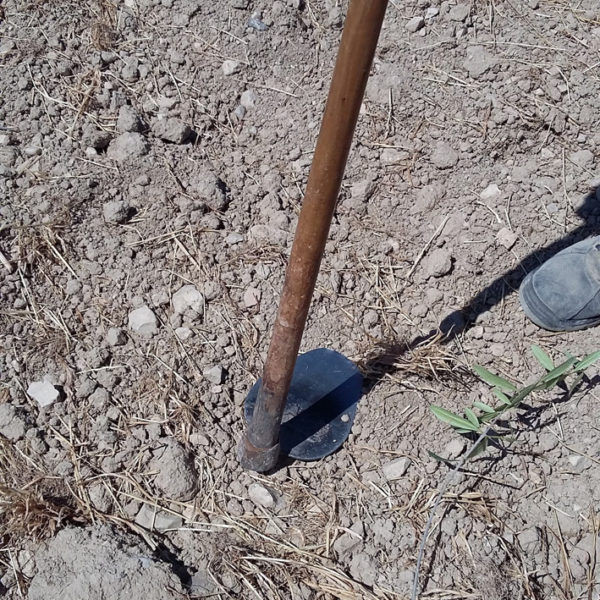 A hoe and an olive tree 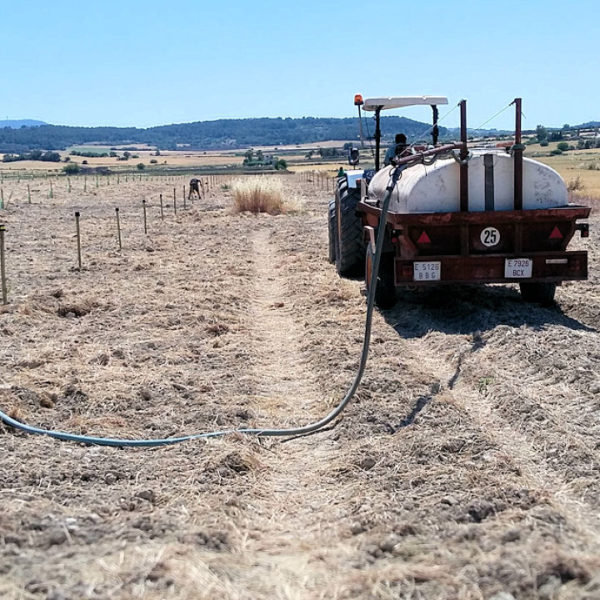 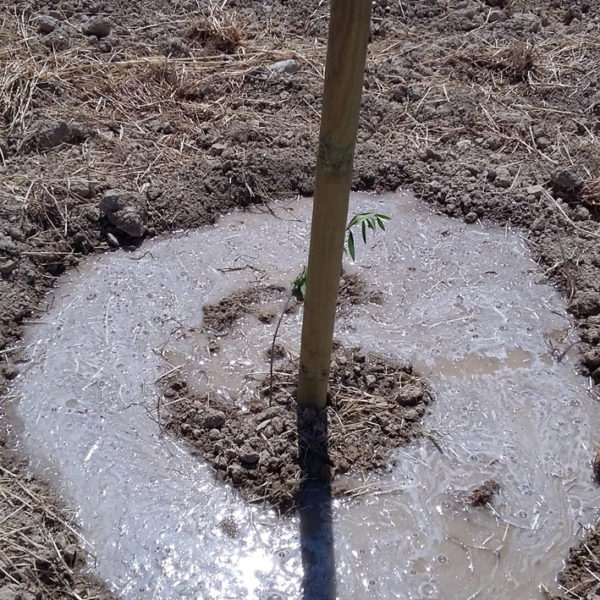 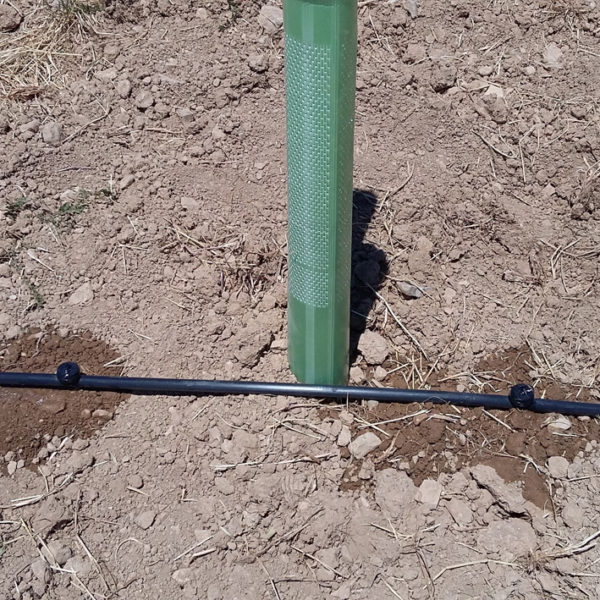 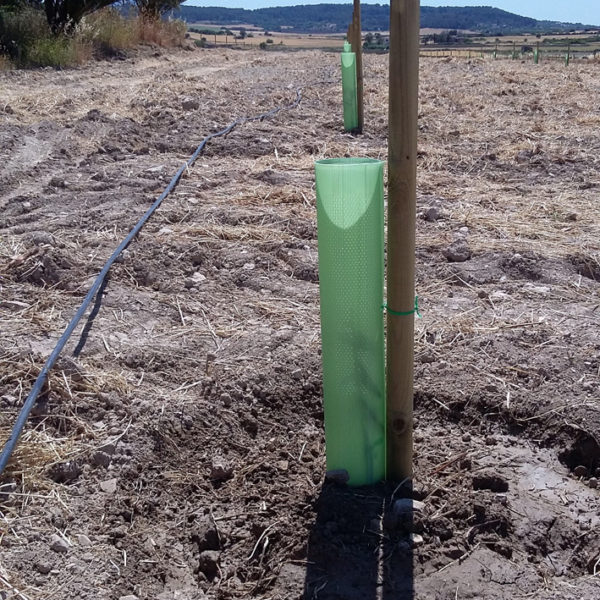 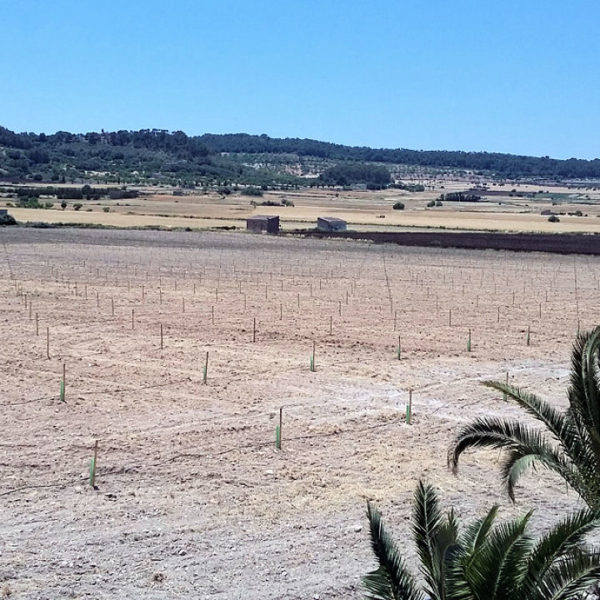 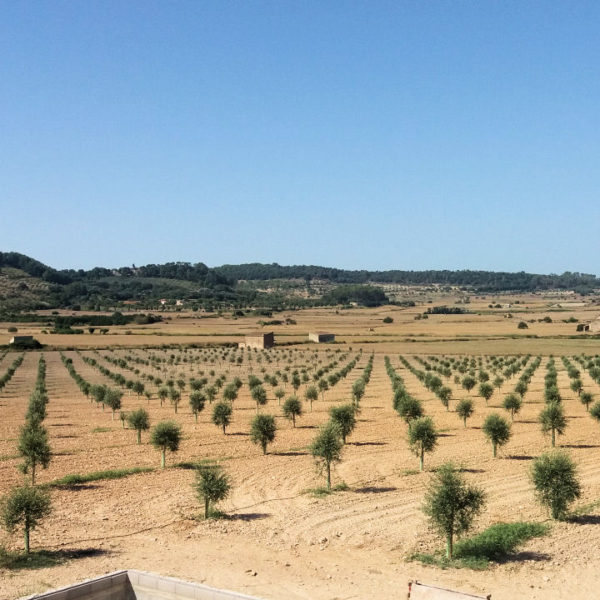 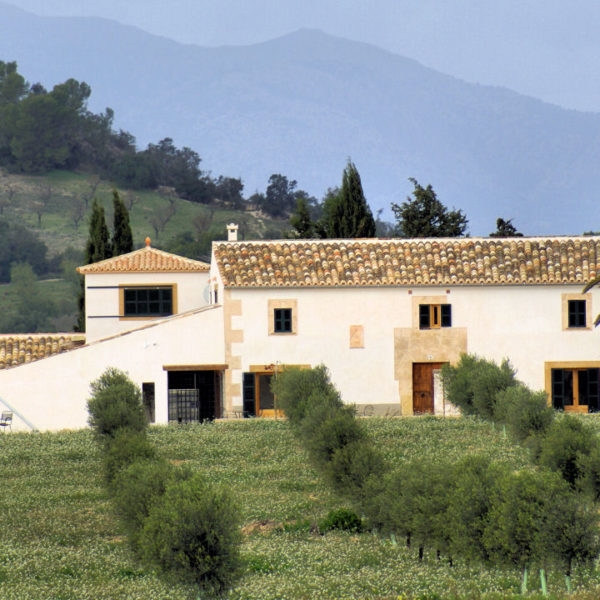 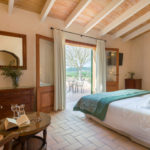